Australian born soprano, Laura commenced her music studies in piano, at age 4. Employment as a child singer with Opera Australia instilled in her a passion for singing and operatic performance. Laura has her LmusA in voice (distinction), CmusA in piano, and a BFA, College Of Fine Arts, UNSW.

2016 is an exciting year for Laura, her most notable performances this year include: Annina in La Traviata with Opera Projects Sydney, Eleonora in Prima la musica e poi le parole (Salieri) with Peanut Gallery Opera, Dvořák’s Stabat Mater with Illawarra Choral Society, and in September she will make her Sydney Opera House debut as a principal artist in Pecan Summer with Short Black Opera.

Previously Laura has been a Young Artist with Pacific Opera in 2013 and 2015. In 2015 she performed the roles of The Rooster and The Woodpecker, and was the cover for the title role in Janáček’s The Cunning Little Vixen, conducted by Alexander Briger, produced by Pacific Opera. Other Major performances last year included Mrs Nolan in Menotti’s The Medium with Opera Prometheus and The Messiah, Handel with Illawarra Choral Society, Wollongong Town Hall. A Highlight of the year was performing as a solo artist at the international gala of Turkey In Music at the Capitol Theatre Sydney. 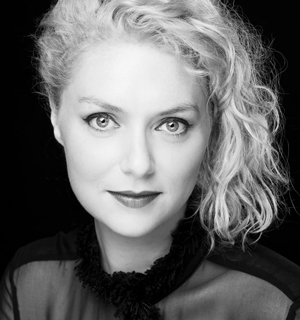